A puzzle to fight stress for elderly with dementia

This graduation project focuses on the stressful moments of elderly people with dementia, caused by changes in their environment. A research through design approach was followed with the aim to design a product that reduces the amount of stress experienced by the elderly.

During the analysis phase, five different studies have been performed to identify the behaviour of the elderly in stressful situations, getting an understanding of how dementia influences the daily changes and how stress can be treated in a personal way.

The main objective of those different studies was to point out which stress moments could be influenced by changing the interaction within. Furthermore, a deeper look into the influences of dementia on the experienced stress was conducted.

The context of stress before dinner time is found as most valuable to change the interaction. This context is described by the caregiver and observed by the designer as recurring every day, and this multiple times a day. The elderly struggle to cope with the fact that they might not be able to sit at their usual spot at the dining table. From these insights, it was chosen to develop an interaction that reduces (the) stress from the moment the table is set till they have to go to the table for lunch or dinner.

‘Puzzled’ supports the cognitive abilities of the elderly and uses distraction as a main tool to lower the amount of stress experienced before dinner time. The concept is introduced by the caregiver right after the table has been set.
Six design iterations were done and tested in context of elderly home de Herbergier in Delft, The Netherlands. During the test the elderly responded positively to the puzzle game and had fun playing it at each stage of the iterations.

Finally, the observations of the iterative test sessions and the feedback from the elderly and the caregivers were used to evaluate and reflect on the introduced puzzle concept. Considering the feedback, recommendations were made to optimize the interaction, user experience and influence on the stress level of Puzzled. 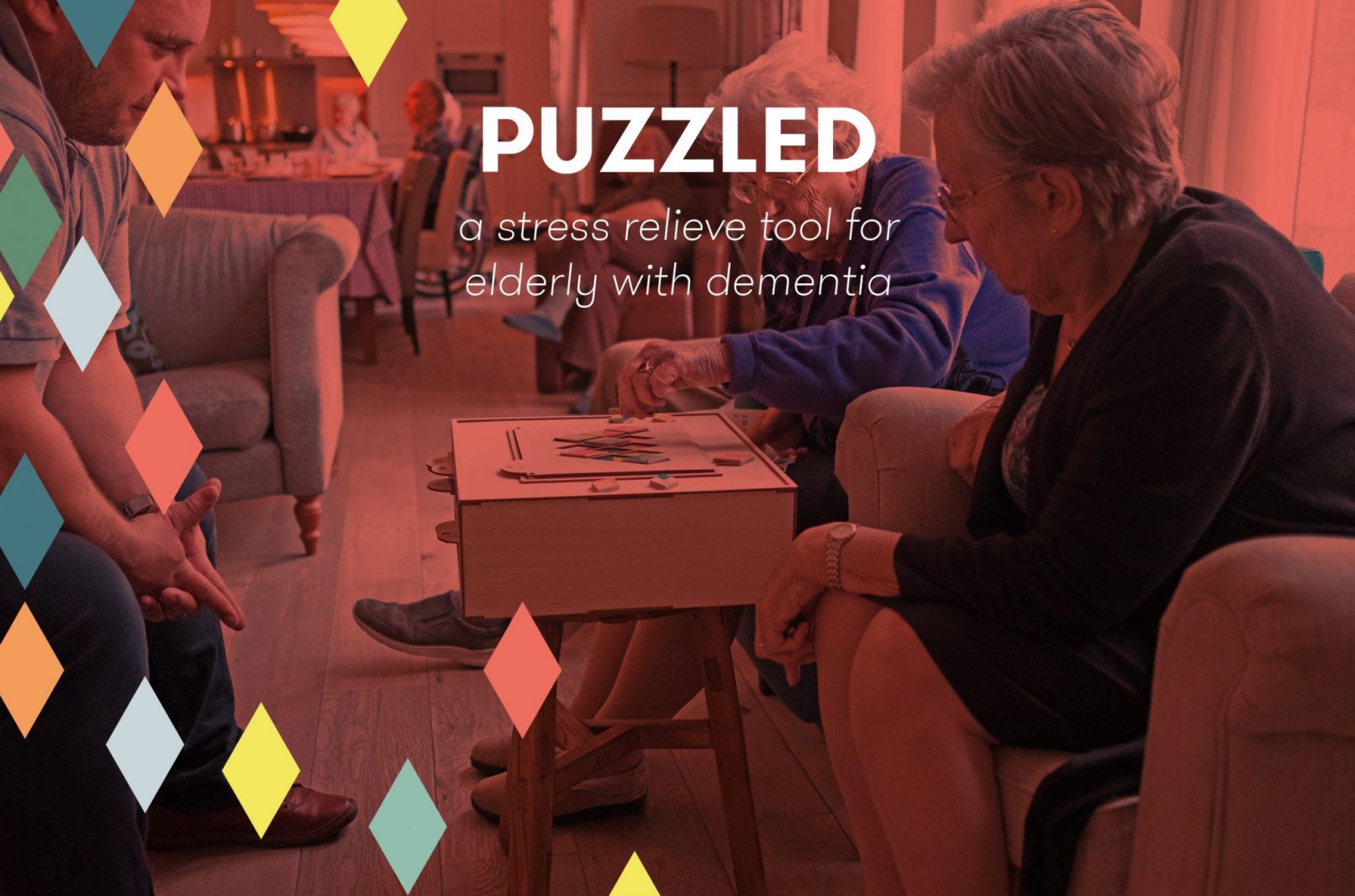 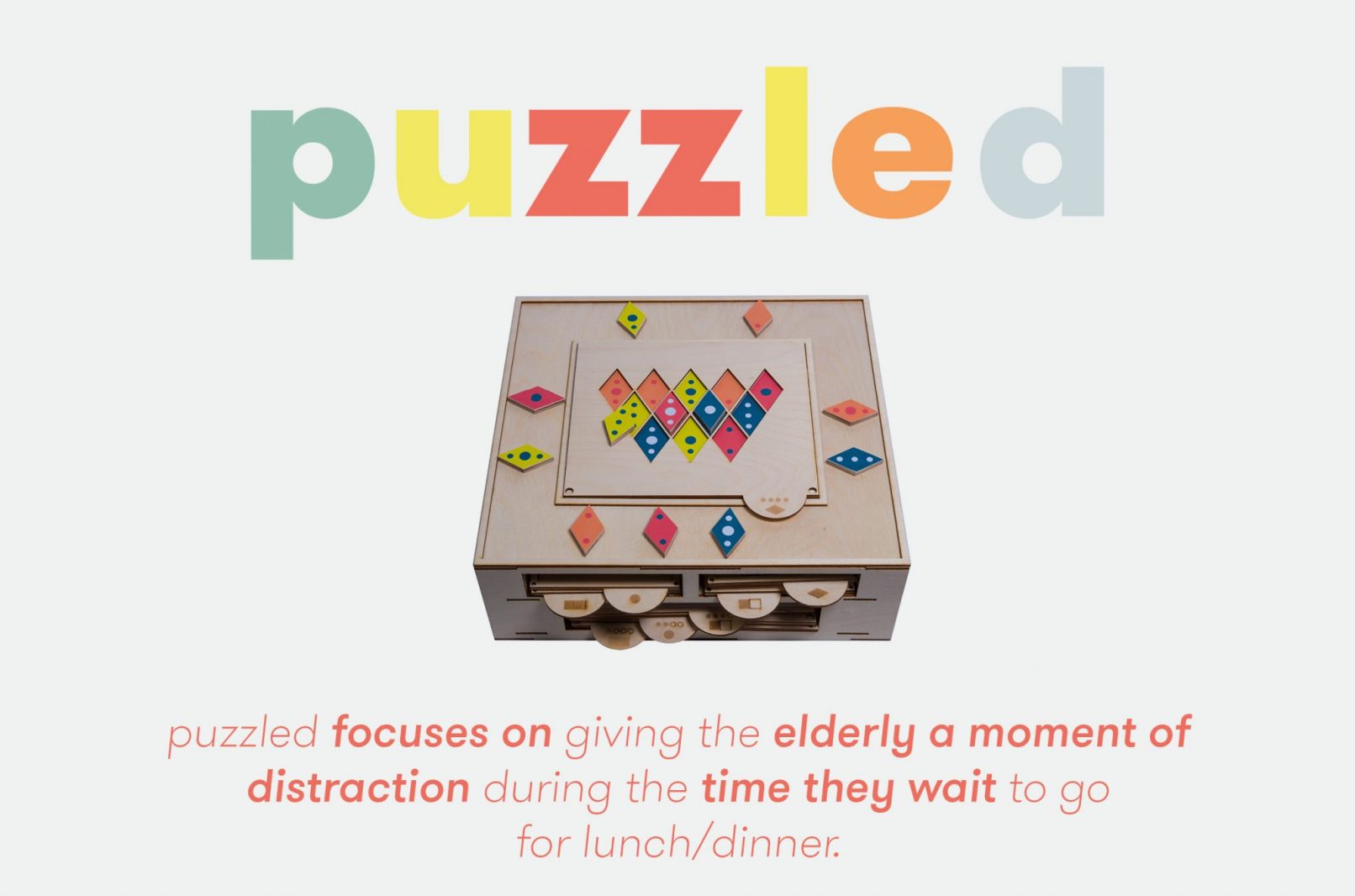 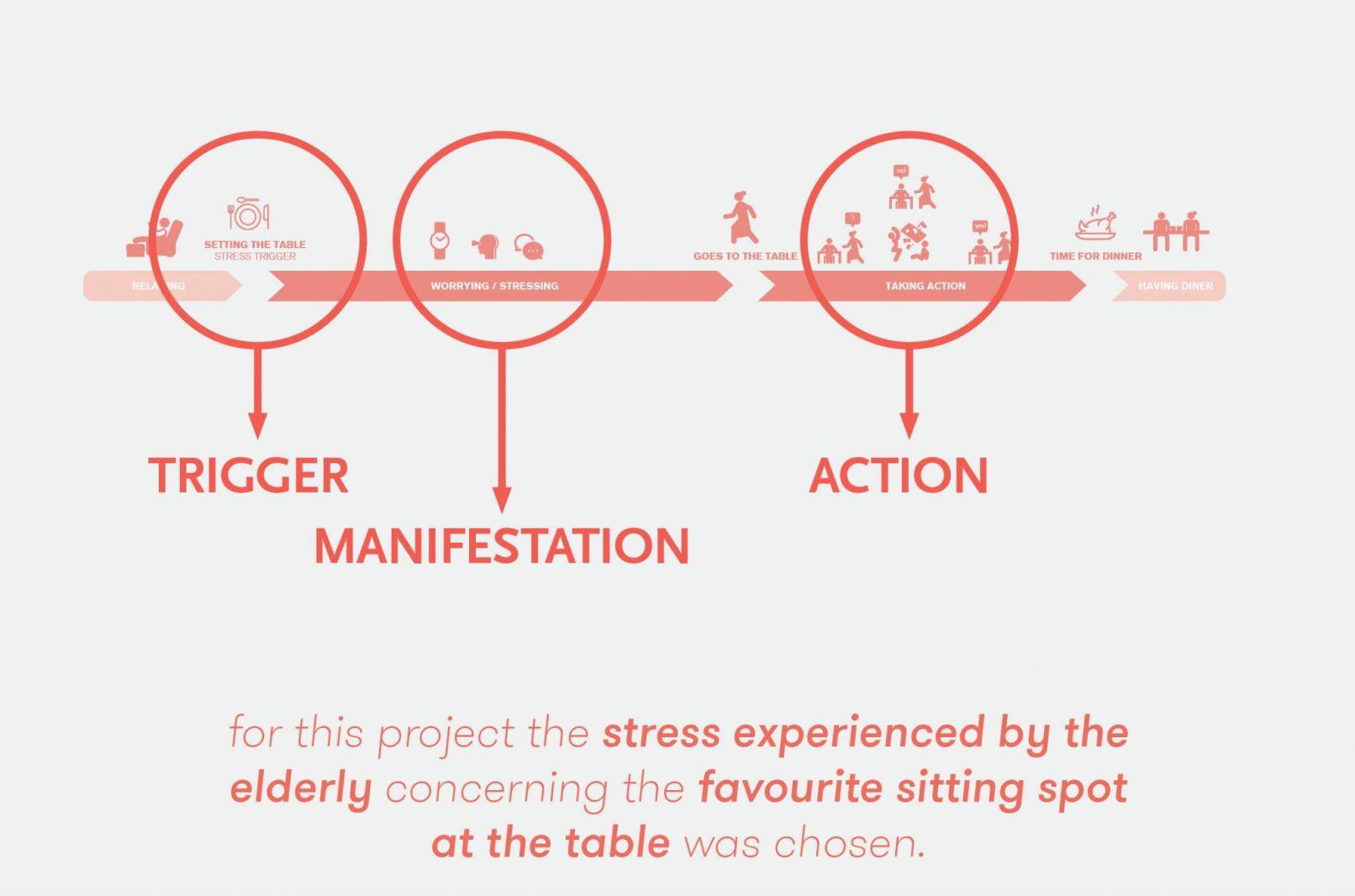 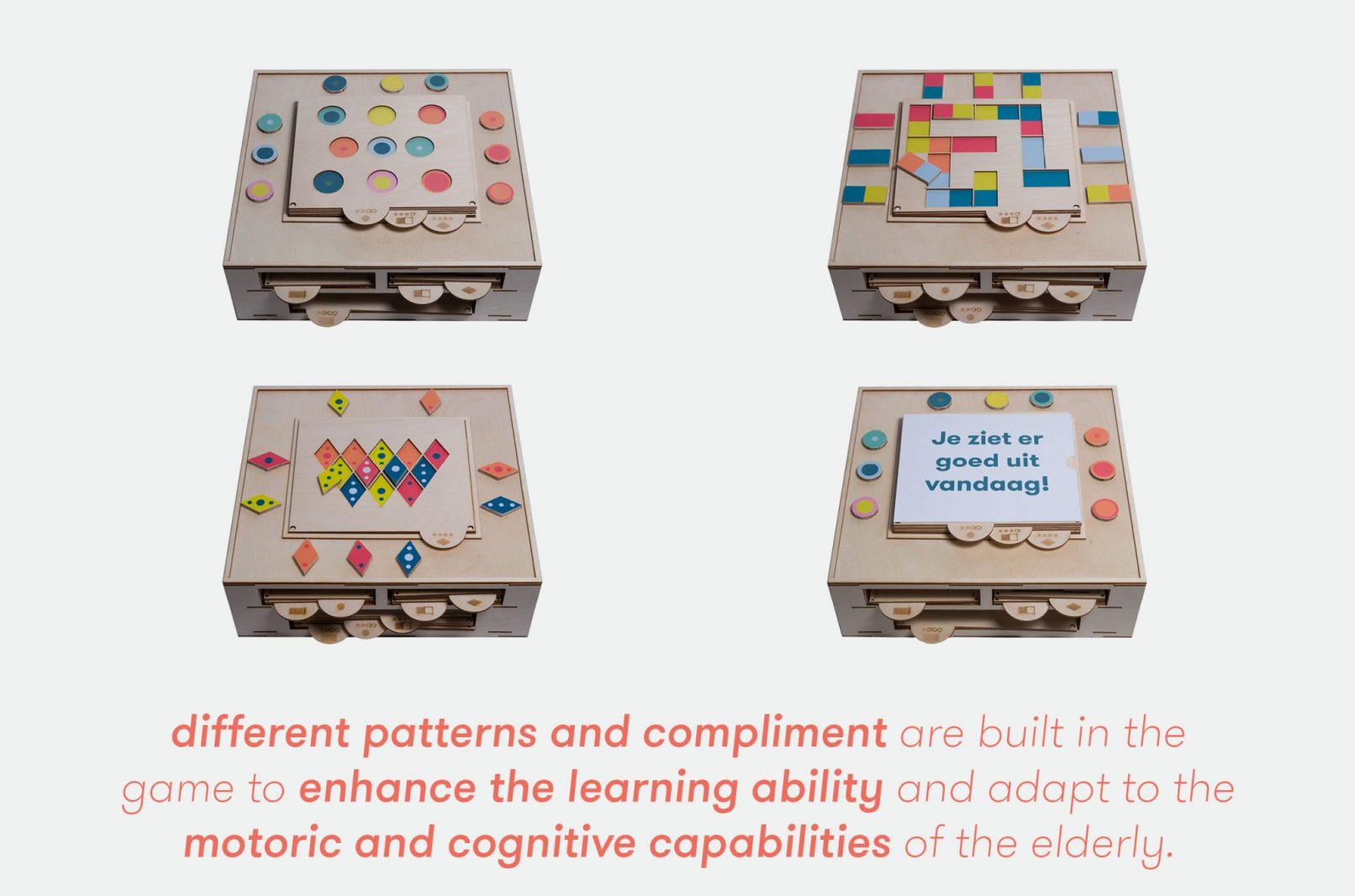 When people with dementia experience stressful situations it is neccesary to lower the amount of experienced impulses. This can be achieved by listening to them, not only by words but also their body language. This language tells the caregiver a lot about the current mood state. In the second phase it is important to deliver a suiting way to distract the agitated person. Handling the person with dementia is favoured instead of sedative medication.

Puzzled didn't miss its purpose. The Puzzle allows an adapted impuls without adding frustration or fear of failure. An extra impuls is given by adding creative compliments to the puzzle game; a piece of candy, a hug. Personal and honest care and attention help to create a moment of happiness. Puzzled is a low entry level game that can be played with familiy members as well as residents that are still creative enough to give the game a turn.

I do strive daily to lower the amount of experienced restlessness, through personal contact or small moments of happiness with the person suffering dementia where the puzzle can be a welcome aid.